I discovered the following conical mirror anamorphosis in the Museum of Childhood in London. 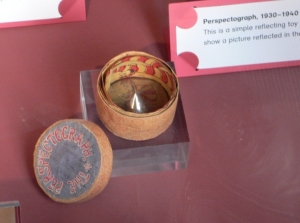 Although it is called a Perspectograph, there is no element of perspective in it.

It is unusual in that I know of no other version of the conical mirror anamorphosis which uses a strip of paper with a conical mirror. All the ones I have seen are a flat sheet on which the image lies.

This raises some interesting questions on the angle of the mirror used for conical mirror anamorphoses.

The following drawing is a typical example tracing the rays of reflection from the eyepoint N. The image KPQRL is what you see when the points 4321L on theÂ anamorphic image are reflected. Note that the cone tip has an angle of approximately 60 degrees. 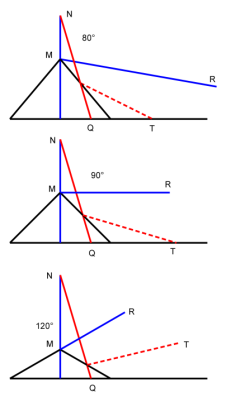 Now if the image is placed on the inside of a cylinder around the base of the cone, the reflected rays will intersect the cylinder and the angle of the cone does not cause a problem. 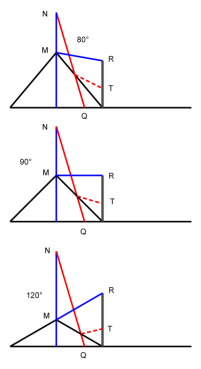 How to create images for this anamorphosis 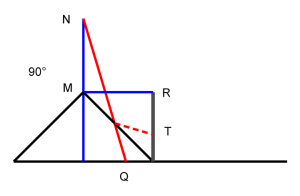 There is no need to write a software program to perform the transformation of an image. The free image software The GIMP has a distort filter which will do this for you.

I have used square images, as in the following example. 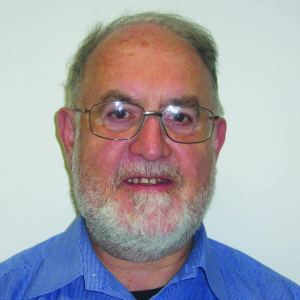 Step 1. Open the image in The GIMP and choose the Filters menu then –> Distorts -> Polar Coordinates 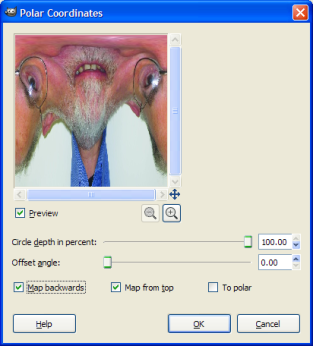 You can have some great fun with the grotesque results it produces.

This strip is the wrong shape for the anamorphosis.

Step 2. Go to the Image menu and choose Scale Image 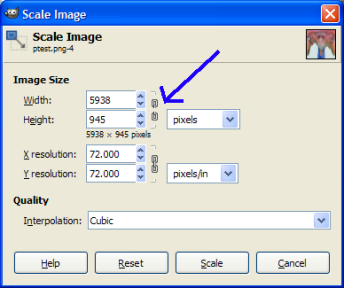 In this dialogue box, first uncheck the link (see arrow above) which makes the scaling have the same aspect ratio.

Since the cylinder needs to wrap around the base of the conical mirror and have the same height as the radius of the cone. So the strip must be 2π times as wide as its height. Use a calculator to determine the pixels you need.

When you accept and generate the image, it looks like this:

This strip can then be printed and made into a cylinder and placed around the edge of a conical mirror with a 90 degree tip angle, that is to say with a radius equal to its height.

The following are images created using computer ray tracing with POVray. First a side view (POVray maps the image both inside and outside the cylinder) and then the view from above. 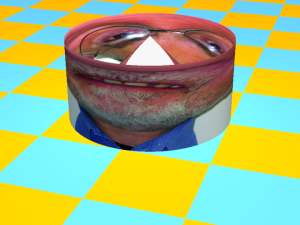 POVray maps the image so that it is both inside and outside the cylinder. Looking from above into the mirror, the image is restored 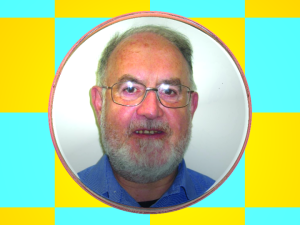 When I saw the following for the first time, I was astounded by how much a difference viewing in the mirror made and how good it was as a transformation.

The POVray code should be obvious to anyone used to coding this type of file. The scaled strip is mapped onto a cylinder and a conical mirror created inside. If the comments aren’t enough, use POVray’s help. This is a PDF which you can select the text and paste into POVray.